The Art of Brooklyn Film Festival is a unique event that brings Brooklyn’s celebrated film and media makers together with their peers across the country and around the world. The award-winning AoBFF is a filmmaker-focused event, platform and showcase for exciting emerging creators and established voices. We partner with film distributors and media organizations, host world-class talkbacks, create innovative programming for networking and skill building, and screen in state-of-the-art theaters for enthusiastic audiences across Brooklyn.

Founded by working artists in 2011, ten festival premieres have gotten theatrical distribution to date — and one became an HBO series. We have held events in nineteen different venues in nine neighborhoods across Brooklyn (so far,) often partnering with local businesses and organizations to reach the widest possible audience.

Our innovative approach to ensure that no single POV dominates the curation process includes working with a different Guest Festival Director every season. And our ethical and transparent submission policy is a model for the industry.

We believe that film festivals exist for filmmakers, not the other way around.

OUR SPONSORS:
Our past and current sponsors and funders include: NYSCA, NYC Dept of Cultural Affairs, Investors Foundation, St. Francis College, Pratt Institute, HBO and more.

OUR ETHICAL SUBMISSION POLICY:
HOW WE SCREEN:
OUR PREMIERES:
We prefer to screen premieres, especially for features.  It can be hard to decide where to premiere your film and we want to make a strong case for doing it with us. We have a great track record of opening films, garnering them press and industry attention with successful screenings... If ESPN Films trusted us to premiere the theatrical cut of Spike Lee’s 2 Fists Up, maybe you can too? We’re just saying. 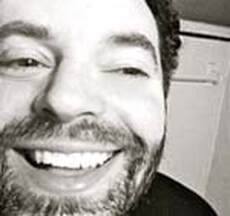 Joseph consulted on the first edition of LitFilm, a film festival that focuses on films that celebrate the literary side of filmmaking, at the central branch of the Brooklyn Public Library. He was a Judge for the 48 Hour Film Project and guest lectured in the Film Department at St. Francis College in 2018. Joseph was invited to contribute critical essays for Art in Odd Places as a 2017 Thinker-in-Residence. He was formerly the Festival Coordinator for the DUMBO Dance Festival, where he curated and produced DDF’s first ever site-specific works, staged along the Brooklyn waterfront, and served on its Board of Directors.

Joseph holds a Ph.D. in Performance Studies from New York University where he was awarded the Corrigan Doctoral Fellowship and the Performance Studies Award. He is also a practicing, Brooklyn-based interdisciplinary artist, making experimental theater, photographs, video, installations and works on paper. His work appears in several private collections and has been exhibited in New York, regionally in the United States and internationally in Europe. 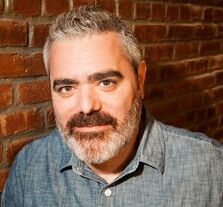 Photo: Mindy Tucker
CO-FOUNDER/DIRECTOR OF COMMUNICATIONS: ANTHONY DeVITO​
Anthony DeVito has over 25 years experience in the world of advertising and marketing as an art director, copywriter and creative director, working at some of NYC's top ad agencies on campaigns for television, print, interactive and social media.

Anthony creates and evolves all Branding and Promotional efforts for AoBFF. He is also a SAG-AFTRA actor, comedian, and 4-generation Brooklynite. Acting credits include Future '38, House of Cards, NBC's The Mysteries of Laura and Blindspot,  HBO's Boardwalk Empire, Rescue Me with Denis Leary, independent films and national commercials. Website 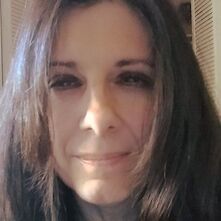 SCREENPLAY COMPETITION DIRECTOR: GINA LEONE
Gina Leone has written several screenplays and TV pilots. One of her pilots was under consideration at Intrinsic Value Films. She works for screenwriter-producer-director Chris Soth (Firestorm) as his teaching assistant for his mentorship program.  She was also a script reader for the popular and prestigious BlueCat Screenplay Competition and currently reads scripts for the Austin Film Festival Coverage Program as well as a second round reader for their annual competition. She is also the former director of Raindance NYC – one of 11 film hubs around the world of the Raindance Film Festival headquartered in London.

PROGRAM MANAGER: STEF BOONE
Stef Boone has been part of the AoBFF team since 2015. She has a BFA in photography from California College of the Arts, and a Masters in film production from the University of Salford in the UK, where she worked on productions for the BBC. Stef has a long, varied background in indie film production in LA and NY, and loves to use her creative talents — which include knitting, sewing, crafting, and coding — for good causes. She’s an avid dog lover and rescue advocate who also works to end puppy mills. Stef’s store Arlo&Piper 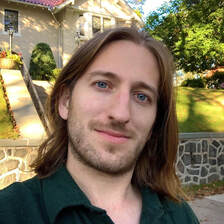 TECHNICAL DIRECTOR/EDITOR: JAKE KING
Jake King has been with the Art of Brooklyn Team since 2013, joining as a volunteer while attending St. Francis College. Jake eventually moved up to tech director in 2018, with responsibilities ranging from running screenings, checking film files for technical specs, to cutting festival promo trailers and filmmaker interviews. Jake also works as a freelance film editor, having edited 4 independent short films, an upcoming feature documentary, and online learning tutorial videos for CUNY Kingsborough. He also writes film reviews, both for The Knockturnal and his own personal blog, @jakekingfilmreviews. Jake is an avid film buff and loves to collaborate with artists to help their stories be told, something he values deeply. Website 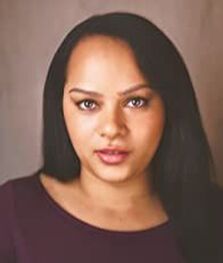 FESTIVAL COORDINATOR: JOHANNY MOTA
Johanny Mota is an award-winning filmmaker based in New York City. She began her career as an actress and appeared in several theater, TV productions and commercials. After feeling discouraged by the lack of roles available to Latinx actors she began writing and creating content. She wrote & produced a ten-episode web series titled "Internet Affairs". In 2016 she co-produced and made her directorial debut with the short film "Cheryl & Denise" which went on to win Best Comedy at the Madrid International Film Festival. Her latest film "Where's Lilli?" which she also stars in, screened at over fifteen film festivals and garnered several awards. Johanny holds a BA from the University of Rhode Island, and an M.F.A. in Writing & Producing for Television from Long Island University. As a writer and producer Johanny aims to tell emotional and relatable stories that represent the Latinx community in a positive light. ​Website 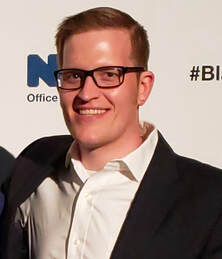 DUSTIN WILLAMS - Board President
​Dustin Williams is a Brooklyn-based independent film producer. After graduating from The New York Film Academy in 2007, he created his production company 2x4 Productions LLC, with the goal of becoming a recognized force in the industry. The company produced their first feature film “Second Chance” in 2014 with the film making its world premiere at the TCL Chinese Theater in Hollywood California. The film went on to win multiple awards and was acclaimed by critics and audiences alike. Today, the company has multiple films in different stages of production including “Left with Only Rain” staring Liana Liberato, Jordan Rodrigues, Rumer Willis, and Richard Kind, which will begin sales at the Cannes Film Market in May 2022 as well as the directorial debut of actor David Zayas’ “10-13” which is slated to begin production in 2022.

KEVIN CHRISTOFFERSEN
​Kevin Christoffersen has been producing content internationally for two decades across four continents while living in five countries. Many of his social impact driven multi-media projects have aired on T.V. stations throughout the world featuring political leaders, famous athletes and many different public figures. While based in Geneva, Switzerland for 7 years as Executive Producer of World Television, Kevin managed large scale live event productions for Fortune 500 companies, United Nations agencies and NGO's.  He headed up the Producers team at the World Economic Forum Davos conference where 70 live webcasts and broadcast tv news packages were produced over 5 days. Coinciding with his Producing, he ran the World Television studio continually developing new clients while managing an annual one-million dollar turnover. Currently Kevin is co-producing feature films from development into distribution through Legacy Pictures (LA / NYC). This involves structuring the financing deals, formulating legal agreements, arranging pre-sales commitments from distributors and bank loans.  At the same time, he has been instrumental in hiring of all production personnel in addition to negotiating with A List talent agencies including UTA and CAA. Kevin’s continued focus includes establishing co-production agreements with Canada, European and Asian countries as Legacy’s slate of films expands globally. Attending the Berlin, Cannes, Tribeca and AFM film festivals has expanded his international network far and wide. 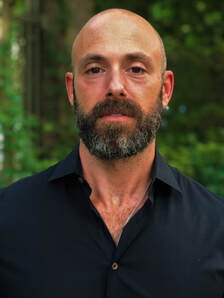 MICHA MAGID
Micha Magid, is the Co-founder and Co-CEO of the fast casual restaurant group Mighty Quinn’s Barbeque which grew from a pop-up in Brooklyn to a brand that now features locations throughout the New York metropolitan area, with an additional outpost in the Middle East. Magid started his career within the mergers and acquisitions department of JPMorgan Chase. While there, the NYU Stern School of Business graduate advised a diverse range of industries with companies operating in media and technology, aerospace and defense, consumer brands and others. He later made the move into investment management, at several hedge funds focusing on value opportunities as well as special situation investment strategies. Magid’s last position in the hedge fund industry was at SuttonBrook Capital Management where he served as a Portfolio Manager. Magid also took on the roles of anchor investor and board member for the New York City-based Bulldog Gin, which achieved rapid success leading to its acquisition by Campari and serves in an advisory role for several startups in the hospitality and technology industries. Magid currently lives in Manhattan with his wife and two kids. ​

About The Art of Brooklyn

Founded in 2011, The Art of Brooklyn is a 501c3 not-for-profit organization that curates a conversation between the new, Brooklyn-based art community, immigrants, transplants and those born and raised in the borough. We produce the Art of Brooklyn Film Festival, Brooklyn On Demand and IndieBoom Film + Music Festival